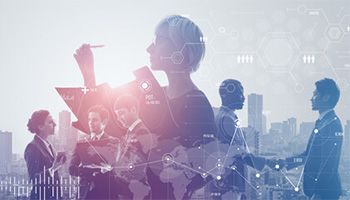 Since the 2000s, we have focused on cultural diversity in the Asia–Pacific region, and acquired data by surveying many countries and cities. By studying the similarities and differences between people in geographically and culturally close countries, we can perform a comparative analysis and find values that are common across cultures and vary based on cultural differences.
Further, we are preparing metadata and publishing tabulated data for the joint use of archival data, thus contributing to the dissemination of data science.

Q. Now, if you could be born again, would you like to be a boy or a girl?

This study is related to the Japanese National Character Survey (see separate item). From around 1971, this survey was expanded to include a comparative study of people of Japanese nationality or ethnicity living outside Japan and people from other countries to provide an in-depth analysis of the Japanese national character (see figure). For example, at the time of its development, the survey did not only simply compare Japanese and American people but also surveyed Japanese Hawaiians and Japanese Americans living in the United States, aiming for a detailed examination of differences in values. Later on, around 1990, comparative surveys of seven countries were conducted. These included European countries as well as the United States. The focus in recent years has been Asia with the Pacific Rim Value Survey and the Asia–Pacific Value Survey conducted in the 2000s and 2010s. This Center has inherited the activities of these projects.

For details on this project, please check the Cross-National Comparative Survey on National Character website.