Data Preparation and Publication of “The Japanese National Character Survey” 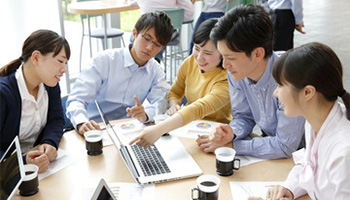 By inheriting the data from “The Japanese National Character Survey,” a continuous social survey conducted by The Institute of Statistical Mathematics (ISM) once in every five years since 1953, our aim has been to prepare data for various applications globally, and share it with researchers in via collaboration, while organizing ancillary information.
This survey has been conducted once in every five years since 1953, as a continuous social survey that uses the same survey methods and survey items. It has been considered to represent the views and perspectives of postwar Japanese society and Japanese people. By making this data openly available, we expect that it can be widely used as a resource for understanding transitions in the Japanese society after the World War II.

The Institute of Statistical Mathematics (ISM), which is part of the Research Organization of Information and Systems (ROIS) like the Joint Support-Center for Data Science Research (DS), has been developing statistical social survey methods shortly after the World War II. As part of this project, the Japanese National Character Survey has been conducted continuously since 1953 with the following three objectives: “understanding the national character,” “researching statistical survey methods,” and “researching statistical analysis methods for survey data.” The diagram gives an example of one of its ongoing survey items, which captures changes in people’s attitudes over a long period.

#4.10 Changes in people’s thought-process as seen in the answer to the question “Would you adopt someone else’s child?”

Q. If you had no children, would you think it desirable to adopt a child in order to continue the family line, even if there is no blood relationship? Or do you not think this is important? 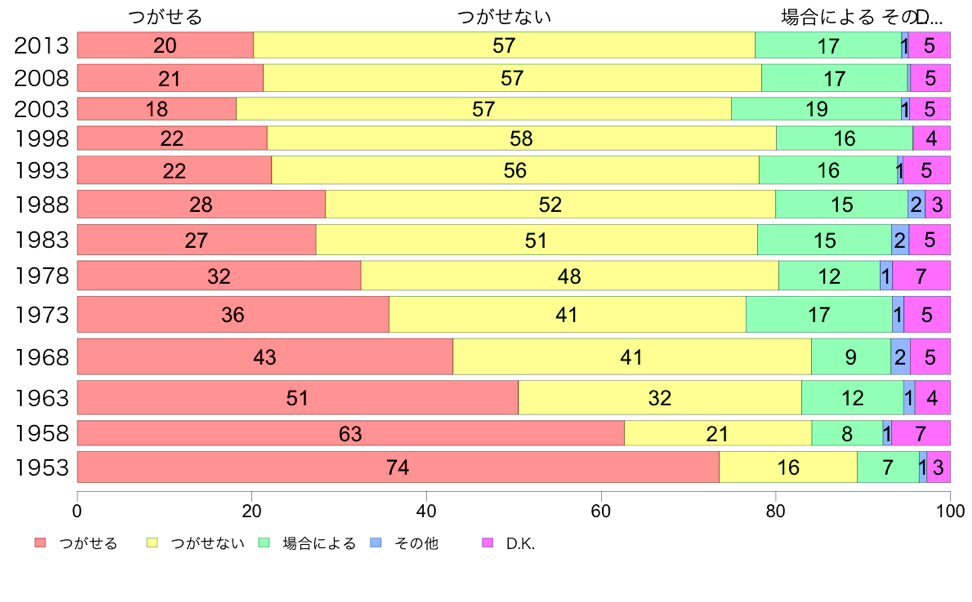 This is a survey conducted over a long period. This national survey has been conducted once every five years since 1953. The 14th survey in 2018 (the most recent one) was conducted primarily by The Institute of Statistical Mathematics (ISM). The Center for Social Data Structuring (CSDS) is managing the continuous data, and preparations are underway toward the general publication of the data for secondary analysis. Because the survey has a long history, the information tends to be scattered around in various materials, which need to be organized, including ancillary information at the time the survey was conducted. During these preparations, we have started using the following types of information via collaboration: